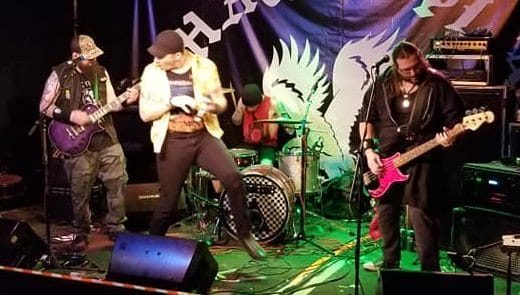 Posted on February 4, 2020| By Bylinethinksojoe

If you’ve seen The Living Braindead at all over the course of the last three months, you’ve seen Jon Kozlowski beating the shit out of his drums at the back of the stage. Jon originally joined us as a fill-in drummer while Ghetto Steve was taking care of real life. As of last month, Steve officially notified us that he will be unable to return, and as we’ve really come to like Jon since we started jamming with him back in November, we immediately offered him the job, and he immediately jumped at the opportunity.

That said, we’d like to thank Steve for helping us write our initial batch of songs, and helping us get our foot in the door of the Buffalo punk scene. We’re very thankful all of his contributions to the band both musically and artistically, and we wish him the best in everything he does going forward.